Inaugurated in September 2013, the Office for the New Evangelisation (ONE) is part of The Titular Roman Catholic Archbishop of Singapore working to realise the Archdiocese vision of being a vibrant, evangelising and missionary church.

As a catalyst for the New Evangelisation, ONE’s mission is to facilitate processes and initiatives to move baptised Catholics into becoming missionary disciples.

Anchored upon the four tenets of Word, Worship, Communion and Witness, the office seeks to catalyse the New Evangelisation by advocating a change of culture and mindset, aligning the different Archdiocesan organisations, and providing resources and formation to realise the vision of a vibrant, evangelising and missionary church.

• Inspire and train all Catholics to become witnesses of the Gospel and sharing Jesus with everyone they encounter.
• Strengthen the spirit of communion among the Archdiocesan organisations to realise the Archdiocese vision.
• Facilitate the revitalisation of parishes in becoming disciple-making and evangelising parishes.

Episcopal Vicar for the New Evangelisation

A priest after the Good Shepherd’s heart, Fr. Terence’s great desire is to see all lay faithful learn and grow to be disciples of Jesus Christ. As the Episcopal Vicar for the New Evangelisation, he leads ONE in promoting the work of evangelisation and disciple-making in Singapore.

What is an Episcopal Vicar?

What is an Episcopal Vicar?

Can. 476 Whenever the correct governance of a diocese requires it, the diocesan bishop can also appoint one or more episcopal vicars, namely, those who in a specific part of the diocese or in a certain type of affairs or over the faithful of a specific rite or offer certain groups of persons possess the same ordinary power which a vicar general has by universal law, according to the norm of the following canons.

Can. 478 §1. A vicar general and an episcopal vicar are to be priests not less than thirty years old, doctors, or licensed in canon law or theology or at least truly expert in these disciplines, and recommended by sound doctrine, integrity, prudence, and experience in handling matters. 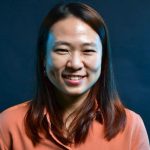 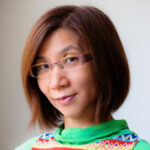